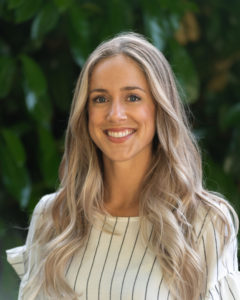 Jacqueline holds a Degree in Sport Health and Physical Education from Vancouver Island University where she played varsity volleyball for four years. Although her undergraduate program focused mainly on the scientific understanding of the human body and movement, it was during that time she was first introduced to a variety of preventative and traditional healing practices. These included naturopathic medicine, reiki (Reiki Level 1 certified), meditation, yoga (200hr Teacher Training certified), Ayurveda and Indigenous healing ceremonies. These experiences changed the way she viewed medicine and inspired her to pursue a career in preventative and holistic health care. Jacqueline is a summa cum laude graduate of the Diploma of Acupuncture program at Pacific Rim College (PRC) in Victoria and a Registered Acupuncturist with the College of TCM Practitioners and Acupuncturists of British Columbia (CTCMA). She was a Teacher’s Assistant at PRC and plans to continue this role to nourish her development and skills in Chinese Medicine.

Jacqueline uses an approach to acupuncture that is anatomy-informed in conjunction with Traditional Chinese Medicine theory and bodywork techniques. This unique combination assists in resolving her clients’ pain and encourages them to thrive in their bodies. Professional interests include pain and injury (myofascial, acute and chronic), movement optimization, Women’s Health issues and general practice. You can expect a variety of treatment methods in addition to acupuncture-like physical assessments, cupping, electrical acupuncture, dietary recommendations, and movement therapy during your treatment plan with Jacqueline.
Her ultimate goal is to provide an inclusive space where her clients feel safe, respected and heard.

When not in the clinic, you find Jacqueline soaking up all that the fun that the Island has to offer via commuting on her bicycle, hiking with her pup, and playing recreational ocean and land sports with friends. She also loves trying new recipes in the kitchen and painting in her backyard studio (AKA: The She Shed).

Like many Chinese Medicine Practitioners, Jacqueline was first
introduced to acupuncture by personal experience at the age of 15 when she sustained a complete
spiral fracture injury to her left humerus. This required emergency orthopedic surgery and
permanent metal implants, which after being casted for so long resulted in muscle atrophy and an
extremely limited range of motion in her elbow. Numerous attempts at typical injury
rehabilitation yielded no improvements, and she was devastated. After a few weeks, another
practitioner at the clinic asked if he could perform acupuncture on her arm. Immediately
following the first treatment, the range of motion in her elbow improved about 50 percent; it was
unbelievable! After the second treatment, it could reach full extension and rehabilitation finally
begun. She fully healed and played sports competitively up to the varsity level at Vancouver
Island University, where in her final year her team won the CCAA Women’s Volleyball National
Championship in 2012.

Years later, she began experiencing intermittent neuropathy and paresthesia around the metal
implants. During active bouts she couldn&#39;t sleep, exercise or even work due to the severity of the
pain. It took multiple visits to various specialists and tests to diagnose it as nerve pain and the
only remedy was heavy nerve blocker medication. The thought of the pain becoming chronic
was crushing. However, she is thrilled to report that since starting her education as an
acupuncturist in 2016, pain has not recurred and she has been able to maintain the active lifestyle
that she loves. Chinese Medicine has also helped her tremendously in regards to her mental
health and dysmenorrhea. Acupuncture rocks!!

No photos. Maybe you entered a invalid hashtag.